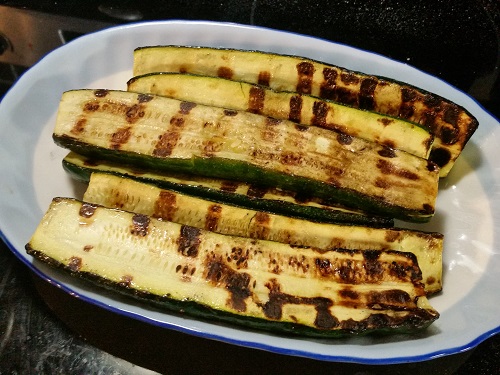 This marinated and grilled zucchini recipe is a testament to the fact that it does not need to be complicated to be good. Whether as a side dish, or a quick stand alone snack item that you can throw together in just a few minutes, marinated and grilled zucchini is a simple yet satisfying AIP safe food. I try to keep zucchini on hand at all times since it is so versatile and so filling - you can pretty much add it to any baked dish, cook it by itself, or use it with AIP safe flour for baked goods that are surprisingly moist (compared to many AIP and gluten free baked items).


This marinade is a blank slate for flavors that you like. The oil, vinegar, and salt combination is great on its own but feel free to add other things that you have or like to spice this up. Lime zest and lime juice are great, chopped garlic, chopped onion, cilantro, fresh dill...so many flavor options to add to this simple recipe to make it your own - or to make it different every time you make it. Other than a little standing time while the zucchini marinates this is something that takes only a minute or two to throw together if you are in a rush. 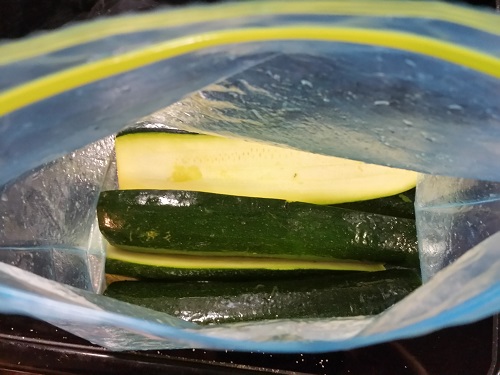 Step 2 - Add vinegar, olive oil and half of the salt to the Ziploc bag

Step 4 - Let the zucchini marinate for at least 15 minutes

Step 8 - Remove from BBQ when zucchini is still firm, not limp and watery, and salt to taste directly before eating pan 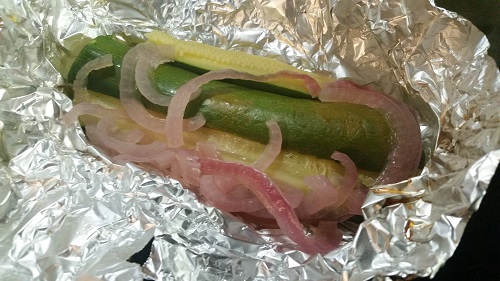 If you don't have a BBQ you can bake your zucchini in the oven but it will not be as good as some flame grilled zucchini to be sure. That being said, if you are going to make your zucchini in the oven you want to use a high temperature, around 400 degrees Fahrenheit, but not more than that if you are using olive oil. Olive oil smokes at lower temperatures that some other oils like coconut oil.

If you are going with the oven instead of the grill or BBQ then I would switch the marinade over to coconut oil to avoid smoking up your house. You want to undercook the zucchini a little bit which can be a little harder in the oven. Too much cooking will leave you with a watery mess instead of firm zucchini with a little crunch left in it which is what you want to aim for.