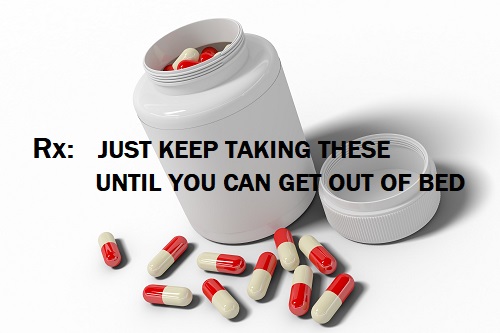 What MCTD has done to my body
Over time MCTD takes a toll on the body from the constant barrage of attack against normal, healthy cells. I have pain in any, and sometimes all, of the joints in my body...from my toes to my neck. I have seven herniated discs in my back, most in my neck, two in my lower back. I also have sciatica and a nerve impingement when I am flaring up or too inflamed from working, walking or standing too much. Even sitting on a hard chair is a problem. I have degenerative disc disease as well as spinal stenosis and nerve impingement in both arms from my C-2 to C-5 herniations. I can not say for certain that all of these physical injuries are likely from MCTD, or from the inflammation associated with MCTD indirectly, but that is a lot of problems for someone to have developed in their 20's. Now 40, I walk with a cane most days, and even mild movements like putting on a seatbelt or bending over to look in the refrigerator can result in sudden muscle spasms or debilitating pain that lasts from days to weeks.


Tight muscles and loose joints
I have loose joints and hyper-mobility in addition to this and my spine has been described as a tower of jello held together by rubber bands, structurally speaking. My muscles, especially in my arms and legs are tight. Like tight where you poke my thigh and it feels like piece of wood. I am not that muscular, thank you for the compliments, but more that everything is just locked rigid and tight all of the time. I get pain nodules which I think are from this rigidness which are not fun.


Even touching my skin causes pain
I love massages but when it is bad even the slightest touch just brushing my skin is too painful - forget actual massaging. I have areas of my back which if you accidentally massage will result in my yelping like a little girl and jumping out of my skin. In addition to leg and back problems, my arms will often become cramped and locked in a curled up position. I have described this like a cramp in your toes where you have to actually grab your toes and stop them from bending...except with one or both of my arms. Once it happened to both arms at the same time and I ended up having to use a parked van side mirror to hook my arm on to uncurl it. It is staggeringly painful when they lock up like this. After I stopped working construction due to my failing physical condition, it took almost two full years for the pain in my arms to die down to a manageable level, and for my arms to stop cramping like this any time I held them bent - like holding a telephone to my ear for example.


Pain from internal organs
My kidneys hurt most of time which cause me not to be able to lay on one side or the other. Once I had creatine kinase (CK) levels that were almost 4000 on a normal range from 0-275. I believe this indicates my muscle protein is breaking down too fast and levels this high can cause kidney damage in a shockingly high percentage of people. These were just a few of the symptoms that I was living with for years. Decades. If you include daily heartburn (diagnosed eventually as reflux), depression, anxiety, mood swings and anger this was pretty much my daily life for 36 years or so. If you were in pain 24/7 you might become a little short tempered at times yourself, I thought, but all of these things are documented symptoms of common MCTD manifestations. I managed to cope with, or ignore, most of this stuff for years. Then some more serious symptoms started coming up...


Learn more about how I was diagnosed with MCTD