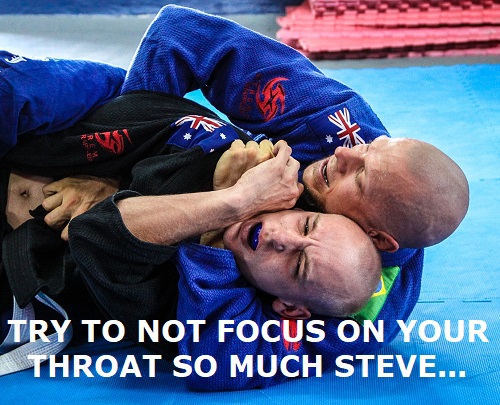 MCTD is notoriously hard to diagnose
At this point I was seeing a lot of doctors and specialists who all shrugged, clinically, and referred me on down the line to different doctors who might know what the hell is wrong with me. It was a very frustrating experience. I could not believe that a person would be allowed, and able, to live in such a state of distress. My family doctor encouraged me to not think about it so much. He thought I had fibromyalgia. But he also told me that he did not believe that fibromyalgia is a real, physical thing...but instead a construct of the mind.


Loss of mobility
In 2017 my "mind" constructed my legs to stop working. Like, completely. Twice over the course of the year my lower back became so inflamed / aggravated / sore that a nerve pinched that completely stole my ability to bear weight or move my legs without breathtaking pain. Literally steal your breath pain. My sturdy Dutch-Canadian wife carried, or more dragged, me into the emergency room of my local hospital in the middle of the night one night when my legs would simply not work and the pain became so intense I was worried about permanent damage I might be doing to my body. Oh did I mention that they didn't work because of the blinding, breath taking, make you vomit on yourself pain? No, I think I forgot to mention that. Oh, well, it hurt. A lot. This is coming from someone who has been living in near-constant pain for decades.


Not much help at the hospital
In the emergency room the attending doctor took one look at my history of back problems and gave me an Advil. He also suggested that I take up yoga, and "try to take it easy". Words that should be on my headstone. "Here lies Steve - He tried to take it easy". I don't recall precisely what I said to him, but I do recall that it was said in between stolen breaths, and with much red face and frothing at the mouth. My wife then dragged me back out, literally, to the parking lot to go home.


Being humbled by MCTD
It took about a week to be able to move my legs at all, and after two weeks I could stand and shuffle with my canes, but not lift my legs in the slightest. A month later I was more or less back to normal. About six months later, this recurred. I surely will recall when it happened always, as it happened on the toilet. Being stuck on the toilet, with searing pain and unable to get up, sucks at any age. Being "prime and healthy" and experiencing something like this is very humbling. But as with most problems in life, once you throw yourself onto the floor you can start the process of improving your situation. Literally and metaphorically in my case.


It is always darkest before the dawn